Who doesn’t love churros? From Disneyland to Costco, they are an easy treat to buy and share. Who can resist their cinnamon sugar deliciousness? And everyone knows I am a HUGE cupcake fan, so churro cupcakes seem like a natural combination to try.

Make the cake mix according to the directions. It’s best to use oil and water in lieu of butter and milk, so you may have to swap them out depending upon the cake mix you buy. Then add the cinnamon, sugar and milk to the batter. Bake cupcakes according to box recipe. Mine mix says 350° for 19-23 minutes.

Allow to cool for 10 minutes. Mix 2 T of cinnamon to 2 T of sugar in a bowl. Brush melted butter on the top of each cupcake, then dip into cinnamon and sugar mixture.

Mix sweet cream with powder sugar then add heavy cream until thoroughly blended. You want the frosting to form stiff peaks. If it doesn’t mix in 1/2 C powdered sugar and test again. Add another 1/2 C powdered sugar if necessary. Then add cinnamon and mix well. Then frost cupcakes using a pastry bag and tip of your choice (I like to use a ziplock bag with the corner cut off). Sprinkle cinnamon/sugar mixture on top of frosting.

These cupcakes are perfect for a special Cinco de Mayo meal or even your regular Taco Tuesday night.

Love fun cupcakes too? Don’t miss these ones! 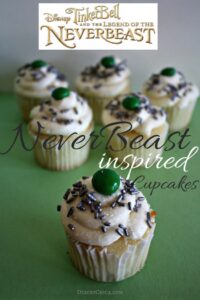