Disney invited me to attend the #MaryPoppinsReturnsEvent, this interview with Ben Whishaw and Emily Mortimer is a result of the trip. The opinions expressed here are my own. Some interview questions and responses have been edited to improve readability.

Ben and Emily play the grown-up versions of Michael and Jane Banks from the original Mary Poppins film. Their chemistry as brother and sister was evident on screen and during our interview, read what they had to say about playing such iconic characters.

How do you fit joy and wonder into your life?

Emily:  I’ve got two kids, and I know it’s a cliche, Well I guess it is. Cliches are true!  I mean, that, that’s why they’re cliches.  But they (her kids) are very helpful in abating the opposite of joy and wonder. The sort of pain and the fear and the loneliness that is just sort of constantly there, you know?

One of them’s come with me to the premiere tonight. Sam, my 15-year-old has flown from New York, to be with me here.  And then my eight-year-old is coming to the one in London.  So I am giving them both the sort of the whole thing. 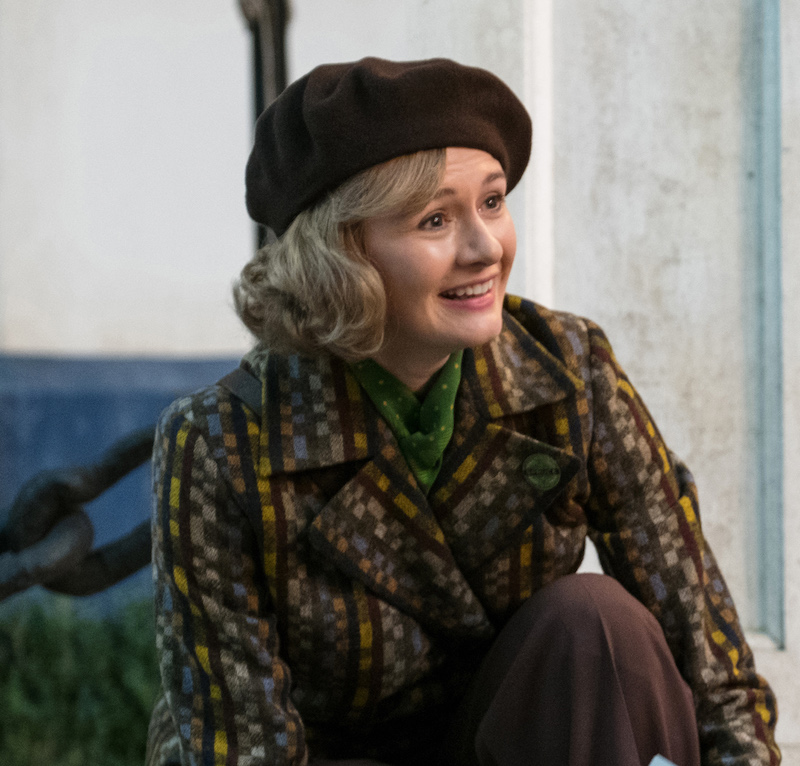 It’s such a treat to come to these things, but you forget, because you get stressed out about how you look and whether you’re sounding like an idiot 24 hours a day. And whether you even really deserve to be there at all.  But you are put up in these incredible, fancy hotels, and given delicious food, and get to be around all these wonderful people.

When you bring your kids, you see it through their eyes, and you appreciate it. We’ve had such a sweet time together these last few days and I’m just kind of looking over at him and seeing his little face. It just makes it all seem okay.

Emily: They love the old one. They’re psyched, they’re totally pumped about the whole thing (seeing the new film). And May (her daughter) found my picture in the book of Mary Poppins Returns at Barnes & Noble.  I didn’t realize they’d even done the book of Mary Poppins Returns. But there was Emily Blunt was on the front.  And then she (her daughter) found a photo of me and she’s never been more impressed by me ever.  It was so funny.  She kept telling everyone we met.  Mom’s in a book!

On Working with Rob Marshall

Emily: He makes you, your best self.  My dad always said that if you tell people they’re beautiful or wonderful and clever and talented and special and amazing, they are. That’s Rob’s strategy and you do believe him. He’s so encouraging and makes you feel special and like you have a right to be there kind of thing and that’s great.

On Working with the original Jane Banks, Karen Dotrice

Emily:  Well we had half a day with her, didn’t we?  And she just hung out with us and we did the little scene.  And we walked with her onto the set. And for the first time, she saw Cherry Tree Lane you know, since she was a little girl. She was really moved, and sort of blown away by the whole thing. And we talked about how making the movie and how she was a little English school girl and had been transported to LA ’cause they shot the original movie in Los Angeles, unlike our movie. And so, how kind of bizarre that was.

Both with her and with Dick Van Dyke, it was just an extraordinary thing to have these connections to the original movie. It felt so validating that they were excited about it, and into it, and felt thrilled by the whole experience.

The most challenging scene to create

Ben: I think that the final scene when we’re on the balloons was quite challenging.  I mean, everything was because that had to be the climactic moment, you know? It’s weirdly much easier sometimes to play misery, and grief or whatever. But being open-hearted and happy can be quite hard.