Where are my Mickey fans?! Last month, I had the opportunity to preview a brand new Mickey Mouse show coming to Disney Junior. We watched two episodes in a super cool theater at the Walt Disney Family Museum and then had a chance to talk with Mark Seidenberg and Rob Laduca, the creators of Mickey and The Roadster Racers. Check out what I learned about Mickey and the Roadster Racers. 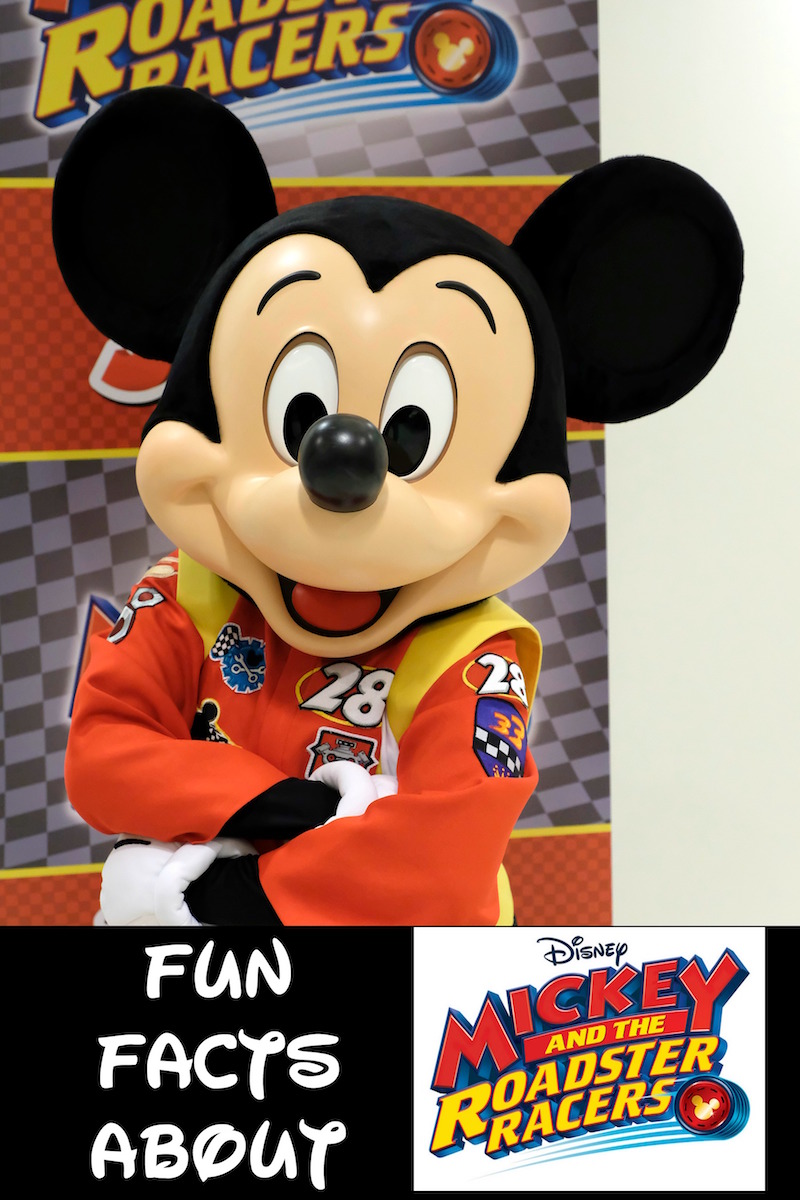 1. Mark and Rob met years ago while working on Gummi Bears.

Disney letting them develop a new show with Mickey Mouse was a huge deal and honor. Mickey is the figurehead for Disney and you can’t screw that up. Mickey Mouse Clubhouse focused both on entertaining and educating kids.

What we tried to do on that show was bringing life back to the characters, Mickey, Donald, Goofy, Minnie and Daisy. And making them lots of fun. The show dealt with curriculum. Clubhouse dealt with mathematics and we wanted to make it more than just Mickey talking to the kids like a teacher. We started creating musical numbers and we made sure that Goofy was Goofy! Very goofy. And so the kids were being entertained, but they were also being educated at the same time.

3.  After Mickey Mouse Clubhouse, they developed Jake and the Neverland Pirates.

Jake and the Neverland Pirates focused more on social issues like friendship and trust with lots of adventures! My boys were HUGE fans of Jake for a few years, I even made them Jake costumes. Even though they are older, they will still sit down and watch it if I turn it on.

4. Mickey and the Roadster Racers deals with friendship, loyalty, sportsmanship, and teamwork.

We’ll see stories like when Donald needs to deal with his temper and he has to learn to calm down. We have an episode called Guru Goofy. And Goofy teaches Donald to just slow down and think about what you’re doing before you go off the handle. They are themes that all kids can relate to.

5. The popularity of Mickey Mouse Clubhouse Road Rally is the reason for this show.

When Disney Junior asked us to develop a new show, we asked what was the most popular Mickey Mouse Clubhouse? What were the most popular DVDs or shows? Clubhouse Road Rally. That episode (Road Rally) involved every character who had their own little car that kind of fit their personality.

So we expanded on that, and we gave Mickey a classic hotrod. It’s his normal car from Clubhouse, and then it turns into this classic American Roadster. A Hotrod easily made from a model T.

Goofy’s personality, being so goofy, if his car could transform, what would it transform into? A bathtub.  And Minnie being elegant, and into fashion, we went with kind of a bow car, but basically the design comes from a French car called a Delahaye that had very smooth curves and looked kinda like a bow.

Daisy loves flowers, so we wanted to turn her car into a snapdragon. Donald, well, he’s a sailor, so we created the cabin cruiser. And his is the only roadster at this point that can go on land, and in the water.

7. There are a variety of special guest appearances on the show.

8. When Jay Leno comes to record his character he always drives in a different car.

9. The show has been in the development for the past 2 years.

Right now they have 52 11-minute episodes completed and they are halfway through season 1 (with 26 half-hour episodes). It takes at least a year to develop each episode.

A really good year, or a little longer.  Yeah.  That’s from writing to designing to color to animating, building the CG world, and then doing post-production. My favorite is sound effects and music.

10. You will see more than just Mickey and his close friends.

Watch for Chip and Dale, Clara Belle, Hilda the Hippo, Horace Horsecollar and a few more.

And Pete will be taking on different guises.  Sometimes we go to other countries, and we’ll see the foreign version of Pete. A lot of times he’s the villain. You need a villain! But we’re also bringing back Mortimer Mouse.

Mickey and the Roadster Racer Toys

And of course, there will be fun new Mickey and the Roadster Racers toys. How could you resist Goofy transforming bathtub racer!