A few years ago, I created these amazingly fun St. Patrick’s Day cupcakes inspired by the tricks that leprechauns like to do. Everyone knows that Lucky Charms is the unofficial breakfast of leprechauns. So why not make Lucky Charms cupcakes? 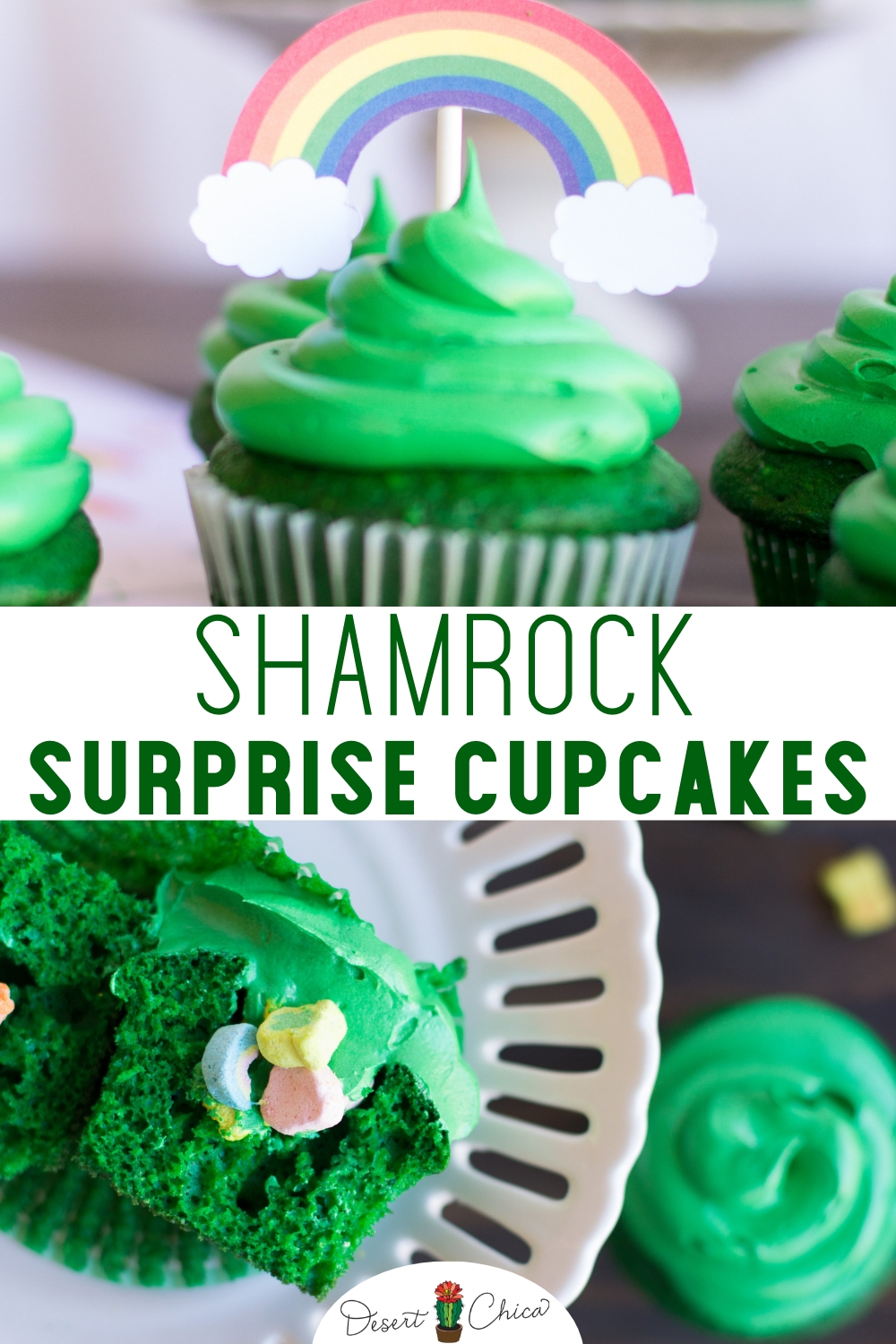 Instead of simply decorating the  St. Patrick’s Day cupcakes with Lucky Charms, I thought it would be more fun to hide the Lucky Charms marshmallows inside the cupcakes, sort of like the very popular candy-filled piñata cupcakes. Doesn’t that seem like something leprechauns would appreciate? Hiding magically delicious marshmallows inside the cupcakes.

I started by making cupcakes using a box of green velvet cake mix. Green food dye in a white cake mix would totally work too.

Let the cupcakes cool completely, then use a knife to core out the center of the cupcake. Pull out the bite size cupcake cores and resist eating them. 😉 Fill the center of each cupcake with Lucky Charms Marshmallows.

Now it’s time for the leprechaun’s trickery. Generously frost the cupcakes with green frosting and hide the marshmallow loot!

Since the whole premise of these St. Patrick’s Day cupcakes are based on Leprechaun’s trickery, I really think they need a rainbow on top. The rainbow is almost like a clue that there is a hidden treasure beneath the frosting! 😀

You could decorate the top with fun rainbow candy options like airhead rainbows or mini M&M candies but I figured I already had enough sugar with the marshmallow surprise inside the cupcakes.

If you are making a lot of St. Patrick’s Day cupcake piñatas then you might consider buying a bag of cereal marshmallows in bulk. Sorting lots of marshmallows out of Lucky Charms cereal might get a little tedious.

If you aren’t super proficient with frosting cupcakes check out these easy frosting hack. Start with basic store bought frosting and put it in a Wilton piping bag or a Ziploc bag. Set the bag upright in a mason jar, filled it with frosting, then cut the tip off. You can use the cup as a stand in between frosting the cupcakes. It’s a mess-free way to frost.