Disney invited me to attend the #ChristopherRobinEvent, this Bronte Carmichael interview is a result of this trip. The opinions expressed here are my own. Some interview questions and responses have been edited to improve readability.

Bronte Carmichael plays a Madeline, Christopher Robin’s daughter in the new film. She was a delight to interview, and I loved hearing a younger perspective on what it’s like to film Christopher Robin. I am sharing some of my favorite parts from her interview below.

Easy to act with stuffed animals

I have lots, I have lots of toys at home, so it’s easy to act with stuffed animals. It’s fun. And then it’s sort of a different experience acting with actors, ‘cause, you know, they can be really nice people, and you know, they’re yeah, really friendly.

Piglet was her souvenir from the set.

I’ve been drawing since I was about three. I, I started from um- ‘cause my name’s Bronte, I did like these bee people. I drew a bee and then I drew faces on them and stuff. And then that kind of evolved, and yeah, I like to draw a lot. I mean, I was just drawing before I came down today.

She used to draw ‘bee’ people

I remember this one time where we were waiting for a really long time. It’s the scene before where, me, Hayley and Ewan were all about to run on and save Christopher Robin’s work. So we were waiting round the side of the building, and Ewan noticed some screws in the wall. And he askes one of the AD’s to chuck him a sharpie and he drew like a really detailed face on the screws and we call him Fred. And he’s pulling a face like this (makes a silly face)….  Yeah, and we were a little bit late running on after that.

Their new friend’s name was Fred. 🙂

There weren’t very many kids on it, but there were two. My doubles. There was a stunt double and a picture double. And they were called Martha and Anabelle, and we always liked to trick people, like they’d always, the producers and stuff would always get us confused. And also, we’d make like, little silent movies, like whilst they were filming in the studio next door, we’d be making our own movies. Like, we, I remember once making like our own little mini James Bond movie with all of us.

Favorite Line From the Movie

Well, the one scene that they’ve changed like, throughout, lots and lots and lots, is the train carriage scene, like all of the different lines and everything, but they kept the line the same where Madeline’s explaining to Pooh that you can’t just, nothing comes from nothing, and then Pooh tells her that nothing is the very best something, and that’s, the line that I remember the most of it.

Doing nothing often leads to the very best something

Well, like I said, it’s like, I’m s- sometimes I’m like a mix of them all. So I, out of- the most, I think I’m either like Piglet or Tigger. So Piglet, sometimes like, I can be nervous about some things, especially with acting, like, there are certain things that you can’t like, that you- that can like scare you. They can be certain takes that you aren’t that confident on, you can feel like Piglet sometimes. And then when you’re with Tigger you can be really excited about something. Like, I was definitely excited about coming to Disneyland. When I, while I was in LA, so you know, I felt like Tigger.

She’s ready to bounce to Disneyland 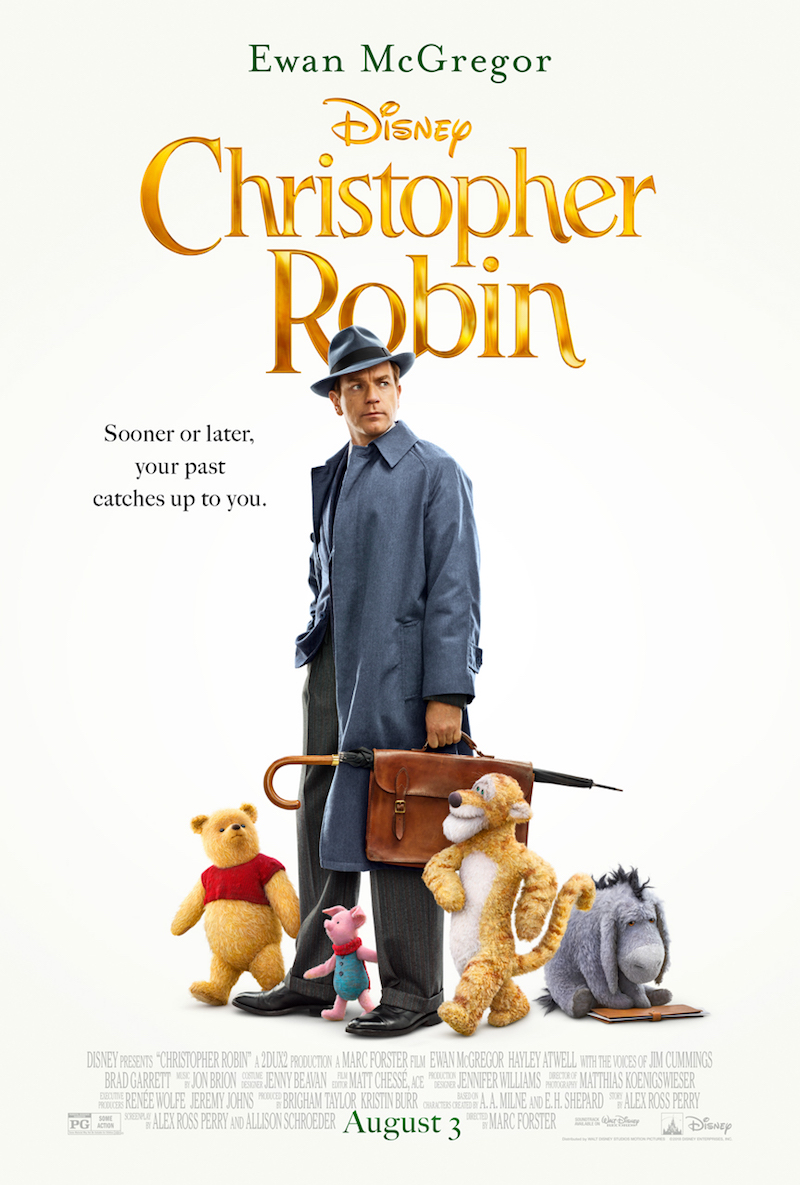