Are you ready for the next Smurfs movie? Smurfs The Lost Village is a fully animated film that (based on the preview I’ve seen) reminds me a lot of the Smurfs cartoons I watched as a child. The movie doesn’t come out until April but until then I’d thought we make a few fun Smurfs party food ideas to enjoy.

I am always a fan of a fun cupcake and I’ve seen some cute Smurf ideas but I decided to stick a healthier idea like I did with my monster truck fruit tray.

I created a template to follow using a copy of Papa Smurf’s face and parchment paper. Trace the shape onto the parchment paper, then flip it over so the ink won’t come into contact with the fruit. Cut out the design and tape it onto a tray. Now you are ready to create a Papa Smurf fruit tray. I used strawberries for his red hat, mini marshmallows for his beard and eyes and blueberries for his blue color.

I don’t love how Papa Smurf’s eyes turned out on my fruit tray. That being said, it’s a fruit tray inspired by a cartoon character so I am going to just let it go. 😉

Individual trifles are fun because they can be customized by taste or design. I used Papa Smurf, Smurfette, and a regular Smurf as inspiration for three different version of the trifles. Make a Papa Smurf-inspired trifle by layering red, followed by blue, white, blue and then red again. 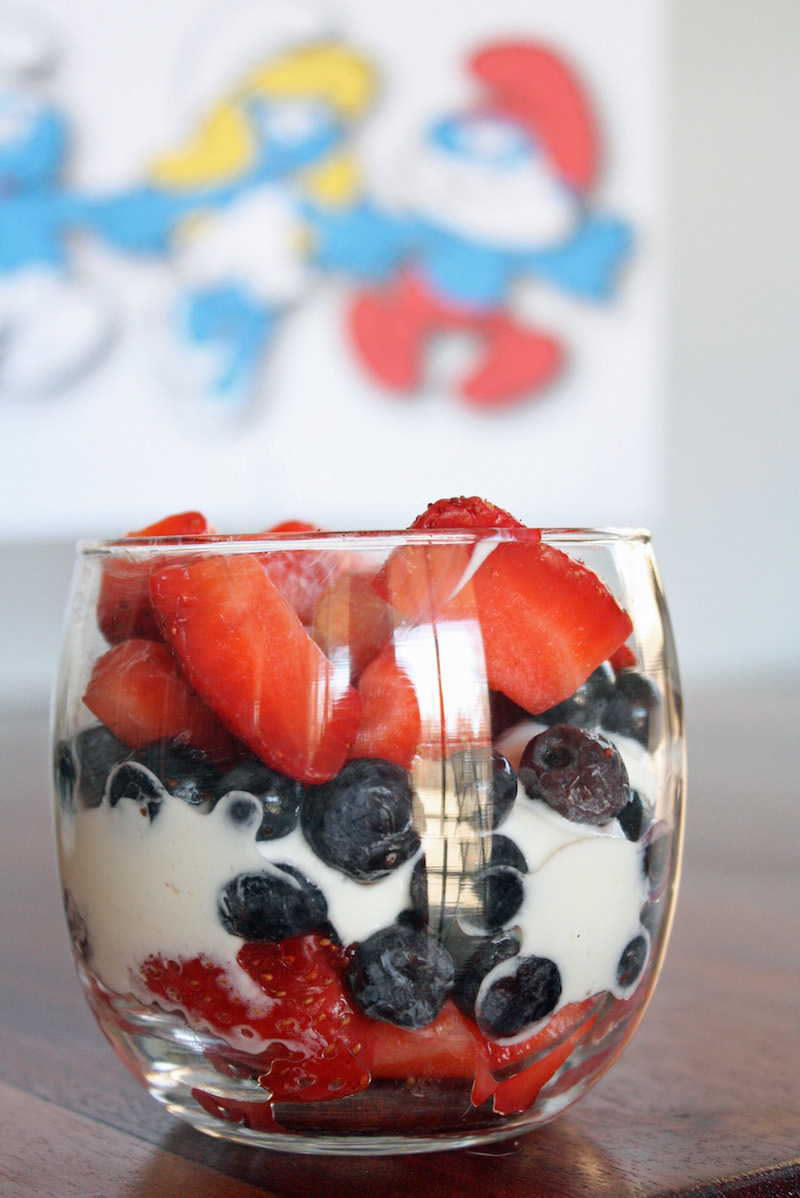 I used the same method for my other two designs. What you use in your layers is up to you. I stuck with food I already had on hand: strawberries, blueberries, bananas, vanilla greek yogurt and whipped cream. I’ve brainstormed a few other color ideas that you might prefer.

You could further customize the standard Smurf trifles by adding a cute accessory specific to a Smurf character. For example a little hammer for handy or glasses for brainy.

Previous Post: « Beauty and the Beast Inspired Enchanted Rose Apple Tarts
Next Post: 10+ Tips to Visit Tucson on a Budget »