Most Marvel fans know who Marvel Studios President Kevin Feige is. He also happens to be a producer on Avengers: Age of Ultron. We sat down and asked him a few questions about the new movie and also tried to the scoop on future Marvel movies!

“It’s not a fast and hard rule that there must be something after the credits. Joss was a firm believer that we shouldn’t do something that seems like we were aping the shawarma scene at the end of it and that his version of the story really culminates, where it does at the end of the film and with the mid-credits.  And everything we were thinking of just felt like an add-on that wasn’t worth doing.  But that’s one of the reasons why he wanted to get it out there so people didn’t sit there for seven minutes and go, what?!? “

2. With all the movies and Agents of S.H.I.E.L.D., how many people are on the (Marvel) team to keep everything straight?

“Well there’s a television division; there’s a studio division and there’s a solid brain trust of seven or eight of us at the studio that oversee each of the films.”

3. The Avengers are very cohesive in this new movie. How much time has passed since the last film ends and when we see them again in the new film.

“I’m not sure we ever directly say it, but we always sorta thought it.  It’s between six months to a year after, probably a good year after the events of The Winter Soldier.  SHIELD has been brought down at the end of The Winter Soldier, after revealing that Hydra had, had been growing within it, and that there’s a lot of fallout.  Some of that is on the television series, and some of that we see at the very beginning of this movie.”

4. Are we going to see Spiderman make an appearance in the next Avengers movie (Civil War)?

“Well, you’ve heard the announcements, we’ve teamed up with Sony to bring Spidey into our universe and (are) doing a new Spidey film in 2017.  I think we’re being less than specific about where we’ll see him first.”

5.  Do you have somebody in the Marvel Universe that you really wanna bring into the stories?

“Well, I used to say Guardians of the Galaxy to that question.  I used to say Vision to that question; I used to say Falcon;  And I used to say Doctor Strange a lot and obviously we’re deep into that with Benedict Cumberbatch now.  We start filming in November, so it’s really been amazing.  Now it does come down to very, individual and specific characters, but if I say too many of them, it’ll give away exactly what we’re doing with Guardians 2 or with the future ones.”

Avengers: Age of Ultron opens in theaters on May 1st.

Marvel Studios presents “Avengers: Age of Ultron,” the epic follow-up to the biggest Super Hero movie of all time. When Tony Stark tries to jumpstart a dormant peacekeeping program, things go awry and Earth’s Mightiest Heroes, including Iron Man, Captain America, Thor, The Incredible Hulk, Black Widow and Hawkeye, are put to the ultimate test as the fate of the planet hangs in the balance. As the villainous Ultron emerges, it is up to The Avengers to stop him from enacting his terrible plans, and soon uneasy alliances and unexpected action pave the way for an epic and unique global adventure. 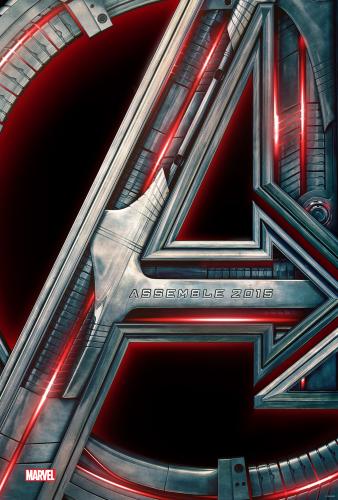 Disney hosted me in LA while I attended the #AvengersEvent press trip which included movie screenings and interviews. As always, all opinions and experiences are my own. All images courtsey of Disney and Jana Seitzer/MerlotMommy.com
Previous Post: « Baseball Snacks Free Printable
Next Post: 5 Reasons to See Avengers: Age of Ultron »