We love the new Star Wars characters introduced in Star Wars Force Awakens. I couldn’t resist creating a BB-8 costume a few years ago, he is the cutest little droid. Speaking of cute, I happily made Quinn a Poe Dameron pilot costume last year.

Star Wars costumes are sort of our favorite. So before you read about how I made Quinn a Poe Dameron costume, consider checking out Elliot’s Ezra Bridger costume or this post with lots of ideas including Leia on Hoth and a fantastic Wampa costume! 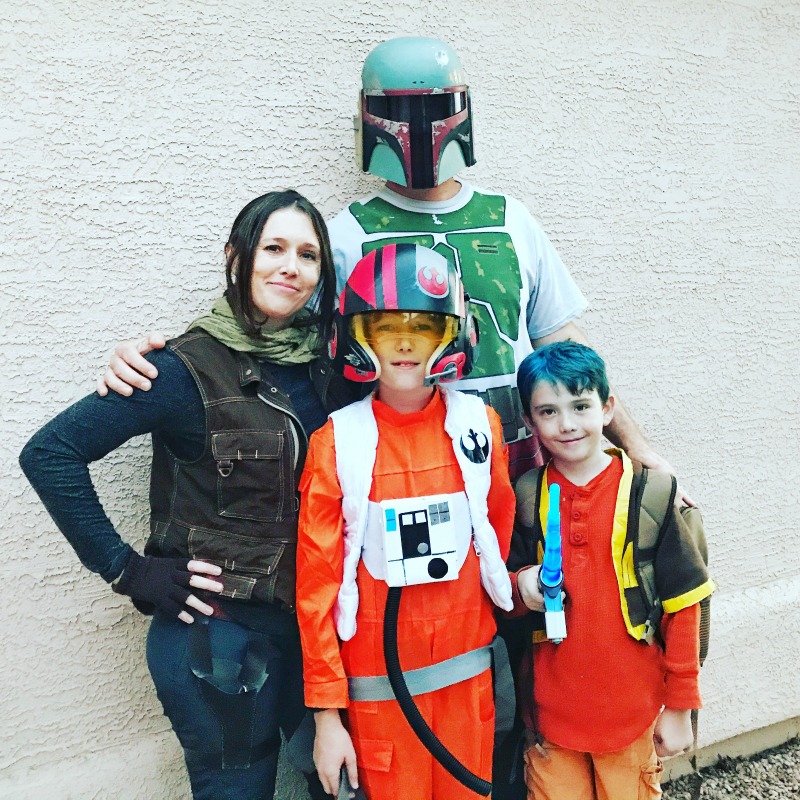 I started by adding gray fabric straps to simulate the belt and braces of the Poe’s pilot uniform. I also added straps around the pant legs to hold the ‘signal flares’. I made a few signal flares by covering cardboard tubes with silver duct tape.

I found a white puffer style vest at a thrift store and modified it a bit. To keep the DIY simple, I folded the sides and ends of the vest in and taped it with white duct tape. This created a thinner short style vest, more similar to Poe Dameron’s Pilot Vest.

Then I used my Cricut cutting machine to cut out an Alliance Starbird using black adhesive vinyl. You could also just use scissors to cut the design out of black duct. Parchment paper makes cutting duct tape much easier.

I finished up the Poe Dameron Pilot Vest with his pilot box. I covered a cardboard box with white duct tape and added details with duct tape and sharpie markers.

I attached a strip of white felt to the box and then sewed the ends of the felt to each side of the vest. The last detail was a piece of black corrugated piping coming from the bottom of the box.

I found the black piping in the landscaping section of the hardware store. We bought a length just long enough so the end could fit into his pocket.

The last piece of the costume is a Poe Dameron Pilot Helmet. I think you could DIY something using a plain black helmet. I found a fancy electronic one on Craiglist for a deal and decided to splurge a bit.

This Poe Dameron pilot mask is also a more practical option for kids that don’t want a full helmet. It’s easier on the budget as well. 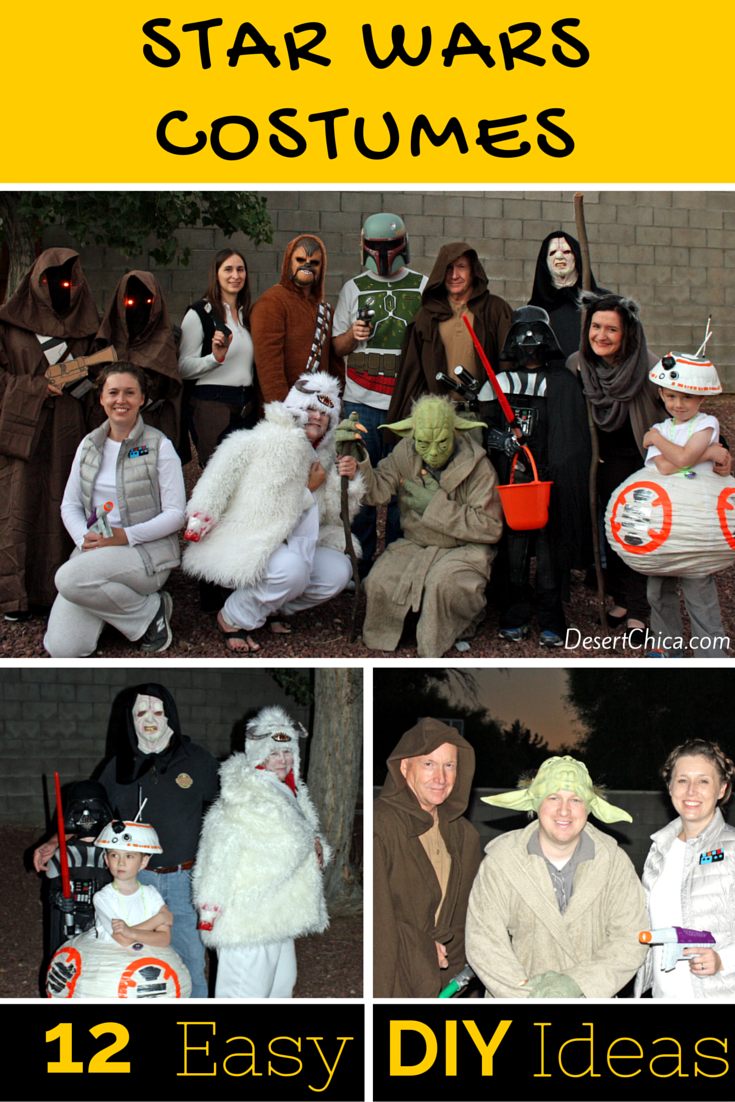 Previous Post: « DIY Ezra Bridger Costume
Next Post: Get the Scoop from the Ralph Breaks the Internet Press Day at Disney Animation Studios »