I tagged along with Peter on a work trip to Portland and while researching activities we came across a Portlandia Tour, we knew we had to book it. Portlandia is a hilarious sketch comedy show on IFC. It focuses on the eccentricities of Portland although I think most of it can be applied to other cities too. It can be over the top ridiculous and it’s amazing. 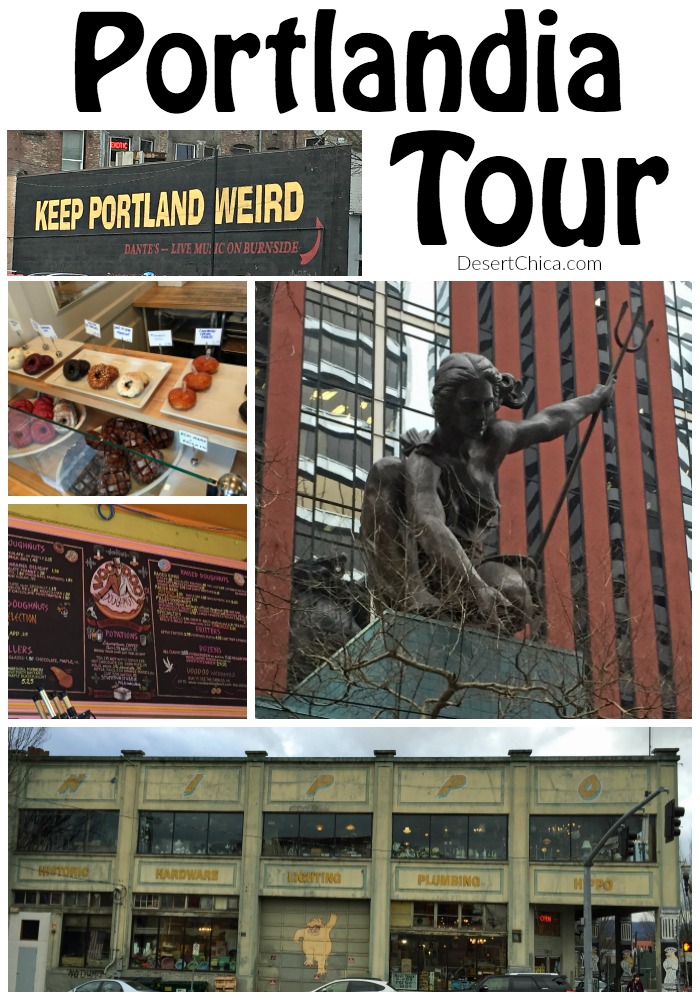 The dream of the 90’s is alive in Portland. Where young people go to retire. And where you can put a bird on it (anything really) and it becomes art. If none of that made sense to you, then you haven’t watched Portlandia yet. If you are a little curious, I’d recommend watching this video.

Now on with the tour! The Portlandia tour covers Portland’s most popular neighborhoods and hot spots from the show. It was an excellent way to get a feel for the city’s layout and learn about the history of the neighborhoods. Our tour guide (Ron Davies) was amazing and really passionate about Portland. Definitely, request him when booking the tour if you can.

The Land Gallery was featured in the “Put a Bird on it” episode. It’s a super cool store filled with handmade goods from local artists. There wasn’t any Portlandia merchandise to buy but an employee did point out where the cute little bird from the show still sits in the store.

In Other Words is a real feminist bookstore in Portland where scenes in early seasons were filmed. It wasn’t open when we stopped by so we couldn’t go inside and check it out. 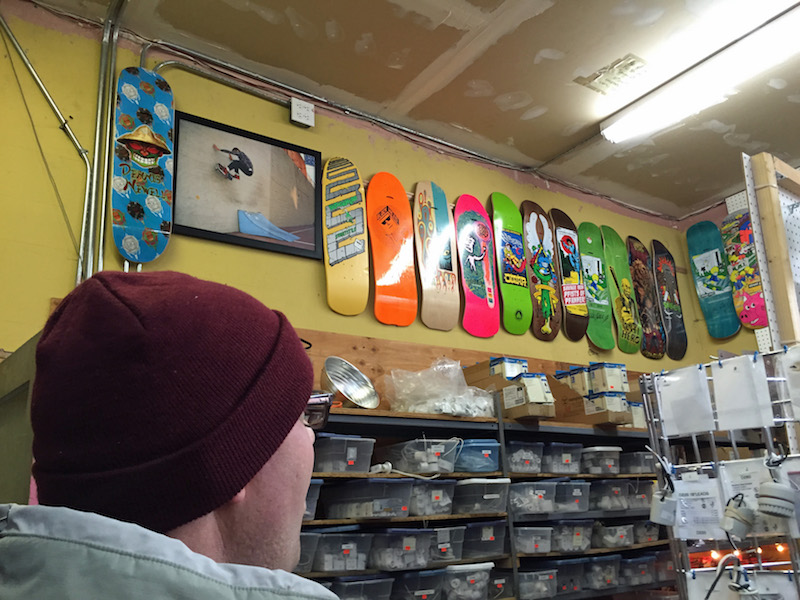 Sunlan Lighting was another stop on the tour. The store itself wasn’t featured on the show but the show’s crew did buy light bulbs there for the “Artisanal Light Bulb” episode. Peter actually had a long conversation with the owner’s son about his collection of old skateboard decks up on the wall.

The tour wasn’t just about Portlandia but also covered some other cool Portland tour stops.

The ever popular and uber hip Voodoo Doughnut shop. We stopped by the original (and very busy) original location as part of the tour, just to take a peek inside. Then our tour guide drove past the 2nd location which was closer to our hotel and less busy, making it a better stop for us later in the week. My favorite donuts were the Grape Ape and Voodoo Bubble donuts.

We actually ended up grabbing a donut Blue Star Donuts on our tour which isn’t necessarily as famous as Voodoo but is just as possible with the locals. It’s sort of the antithesis of Voodoo with simple flavors and a modern store front. Peter liked Blue Star Donuts better, and while I did enjoy my donut a lot, I just prefer the unique fun flavors available at Voodoo.

Hippo Hardware was a super unique 3 story salvage store that seemed to take up an entire city block. We spent time browsing and marveling over the ugly, weird, authentic and unique items it sold. 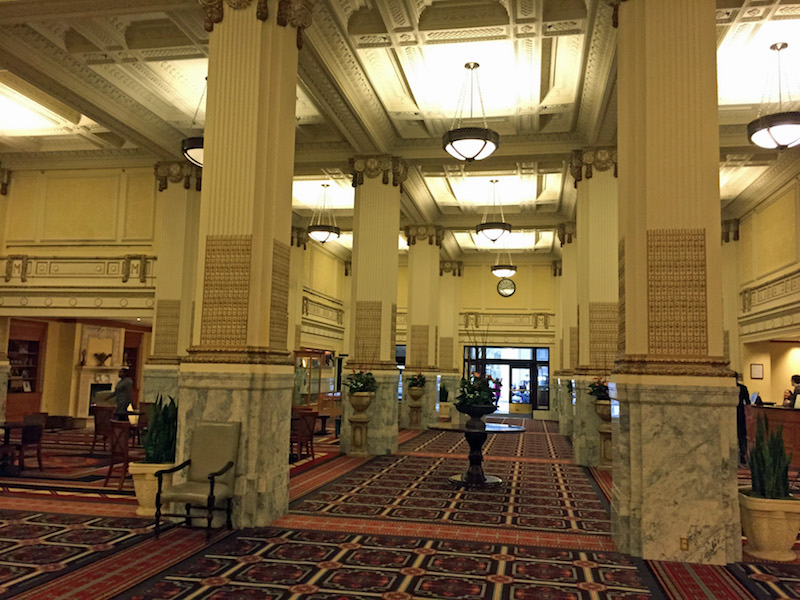 We also randomly stopped by the Embassy Suites Downtown Portland because of it’s historic significance. It’s over 100 years old, originally operated as The Multnomah Hotel. Everyone from celebrities to presidents stayed there when visiting Portland. While it’s been remodeled and rebranded into an Embassy Suites, you can still see some of its old world charms in the lobby. I hope we can stay there on our next trip to Portland. The location in downtown Portland makes it convenient to fun stops like Powell’s Books and Voodoo Donuts.

Our tour ended up being private because we were the only people on it. This gave our tour guide more flexibility with stops. Based on our Portlandia tour experience, we booked a private tour of Muir Woods on our trip to San Francisco!

Our Portlandia Tour was complimentary for the purposes of editorial coverage. All opinions, experiences and love of the show Portlandia are my own.