One of my biggest adventures last week was attending the red carpet premiere of Frozen 2. I’ve already shared a sneak peek at that fun and now it’s time to share why you should see Frozen 2 when it hits theaters on November 22nd.

Olaf is hilarious and sweet

Everyone knows Olaf was funny in Frozen but I think they kicked his humor up a notch in Frozen 2. Olaf also has a few tender moments that gives you all the feels. During the Frozen 2 Press Junket, Josh Gad talked about how Olaf goes from a toddler in Frozen to a fully grown child in Frozen 2.

…where now he’s starting to ask those questions that don’t always have easy answers. And both from a comedic perspective, it gave me so much to play with. But more importantly, from an emotional arc, it was just such a beautiful journey of you know, that moment in life, when you start to realize that maybe the world isn’t just raindrops and lollipops and roses, whatever that lyric is. But that (Olaf) is such a beautiful thing to play.

My favorite part of Frozen 2 was Kristoff’s music video scene. Kristen Bell mentioned during the press junket that Jonathan Groff didn’t get to sing enough in Frozen. They rectify it in a big way with Frozen 2. Not only does he sing but it’s an amazing power ballad complete with a cheesy music video sequence. It’s hard to explain how amazing it is. All I can say is the crowd loved it and you will too! Plus Sven is even magical during this number, you’ll have to watch to see what I mean.

That was baloney and I’m glad you’re bringing it up…That was my one criticism of the first one. I was like, look, it’s an excellent film but Jonathan Groff doesn’t sing, so that’s how it fails. But this time everybody knew what to do. And Jonathan has dare I say… it’s one of the top three moments of the film.

Of course there are new characters introduced in Frozen 2 and my favorite is Bruni. He’s an adorable salamander and gives Olaf a run for his money in cuteness. By the way, the Frozen 2 coloring pages includes a Bruni coloring page!

Frozen 2 is an atypical Princess Movie

Even though Frozen features Disney princesses, I don’t consider it a typical Disney princess movie.  Frozen was one of the first movies with princesses that my boys watched. I prefer action to drama and I guess they are just like their mama. 😉 Frozen 2 is no different with plenty of action.

Kristoff’s interactions with Anna are great for both boys and girls to watch. He doesn’t swoop in and take over when there is trouble, he swoops in and asks her ‘what do you need?’ He’s supportive not overbearing.

One of the reasons they decided to do a Frozen sequel was to answer some lingering questions they kept getting afterwards the first movie. Why does Elsa have power? What happens next to the sisters and what really happened to their parents? Frozen 2 did a great job answering all these question while creating a fun new adventure.

Why was Elsa born with magical powers? What truths about the past await Elsa as she ventures into the unknown to the enchanted forests and dark seas beyond Arendelle? The answers are calling her but also threatening her kingdom. Together with Anna, Kristoff, Olaf and Sven, she’ll face a dangerous but remarkable journey. In “Frozen,” Elsa feared her powers were too much for the world. In “Frozen 2,” she must hope they are enough. From the Academy Award®-winning team—directors Jennifer Lee and Chris Buck, producer Peter Del Vecho and songwriters Kristen Anderson-Lopez and Robert Lopez—and featuring the voices of Idina Menzel, Kristen Bell, Jonathan Groff and Josh Gad, Walt Disney Animation Studios’ “Frozen 2” opens in U.S. theaters on Nov. 22, 2019. 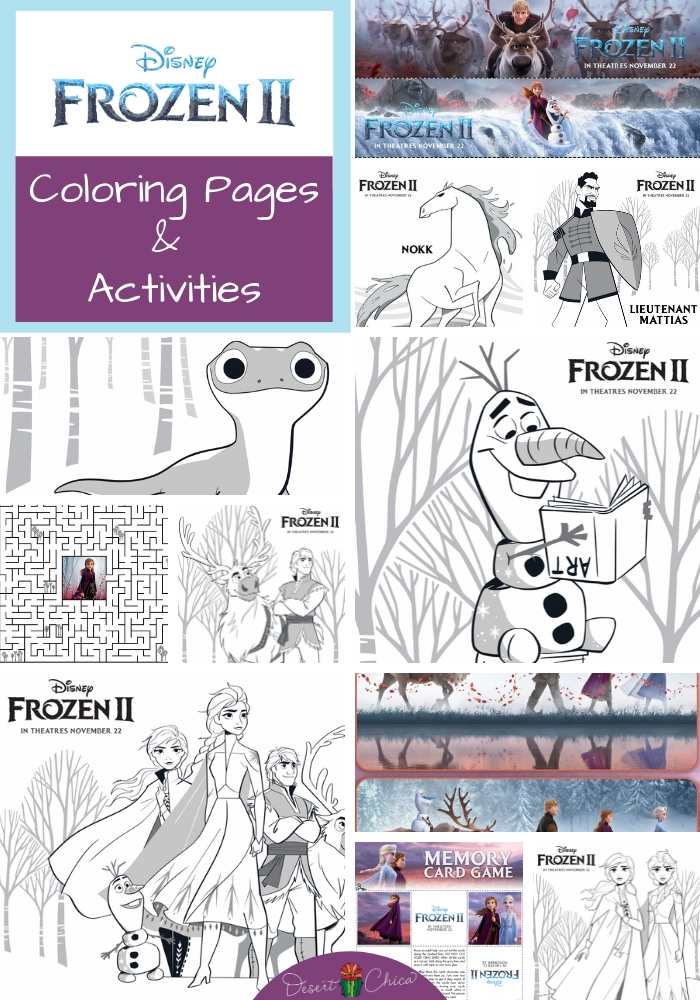