Touring Walt Disney’s Los Feliz home last fall was one of the coolest places I’ve ever seen. Earlier this week, I managed to tie that experience when I toured Skywalker Ranch.

Skywalker Ranch is the headquarters for Lucasfilm and Skywalker Sound, located 40 minutes north of San Fransisco. George Lucas wanted a retreat for film makers to create outside of the Los Angeles Studio scene.

The Stag Theater is a 300 seat theater in the Technical Building at Skywalker Ranch. There are two Star Wars statues from Palpatine’s office flanking either side of the movie screen. 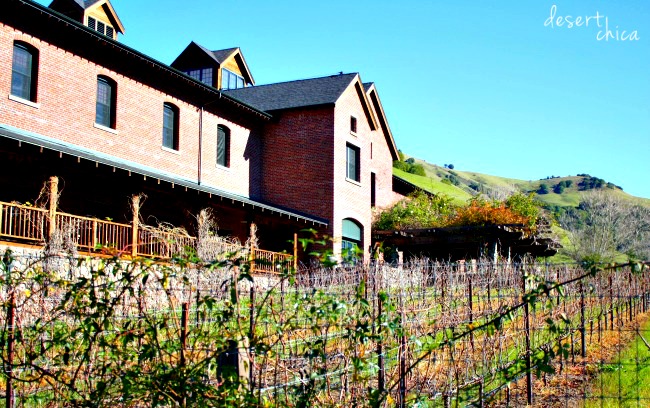 Today, I will sharing pictures from my Skywalker Ranch tour but be sure to check back next week for my interviews with George Lucas, Elijah Kelley and Gary Rydstrom.

The scenery was just amazing, with rolling green hills and large trees, it was breathtakingly different for this desert girl! The ranch is over 4,000 acres but only 15 acres are developed.

The main house is a gorgeous Victorian style ranch house, it was first thing George Lucas built on the property. While it’s full of art and original movie artifacts, it was designed to be comfortable, creative space.  We toured several rooms on the main level. The first one containing display cases filled with really cool George Lucas memorabilia, like a crystal skull, the Holy Grail chalice and THE hat from the Indiana Jones movies. Luke Skywalker’s Hero Light Saber is on display as well as original models from Star Wars. The AT-AT is the size of a toy, it’s crazy how they made them look so huge and real on-screen.  The stop motion animation in the original Star Wars is truly amazing.

We weren’t allowed to take any pictures within the main house but check out how pretty the front doors are! A lot of the building materials were made at the ranch. This official photo of the Lucas Research Library showcases the amazing stained glass ceiling and spiral wood stair case, both built on site. They had to corkscrew the staircase into the library through a window opening. What you can’t see is the cozy fireplace, it would be an incredible place to spend the afternoon reading. 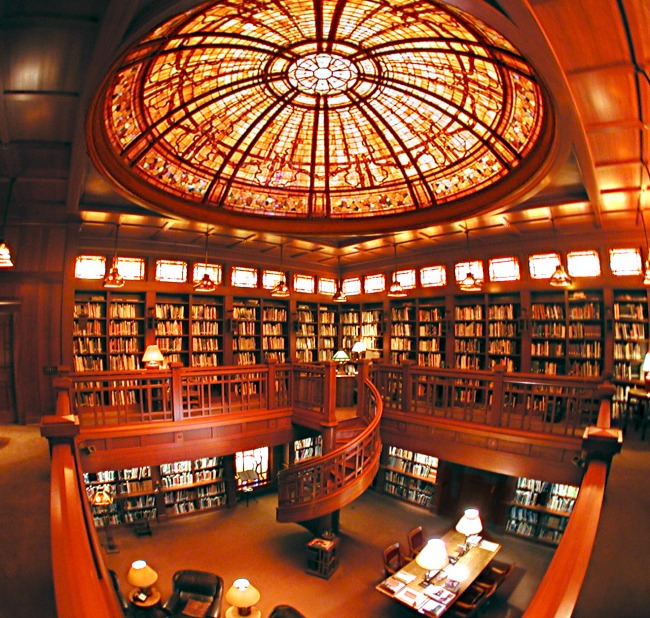 There are several difference spaces at the Main House to inspire employees and guests, including a garden atrium right outside the library. George Lucas’ office suite is on the 2nd floor in the round turret. There is also a smaller screening room in the main house and it houses their super secret art department.

There are also several restaurants at the ranch for employees and guests including one at the main house. They regularly hold BBQ’s outside on the lawn for employees. We met the chef at the main house, Mindy, who told us about the elaborate gingerbread houses she makes every Christmas. This year’s house was a replica of the main ranch house and took several people to lift and move.

The grounds of Skywalker Ranch are really beautiful and serene. With all the greenery, I can almost image an ewok running out from behind a tree. 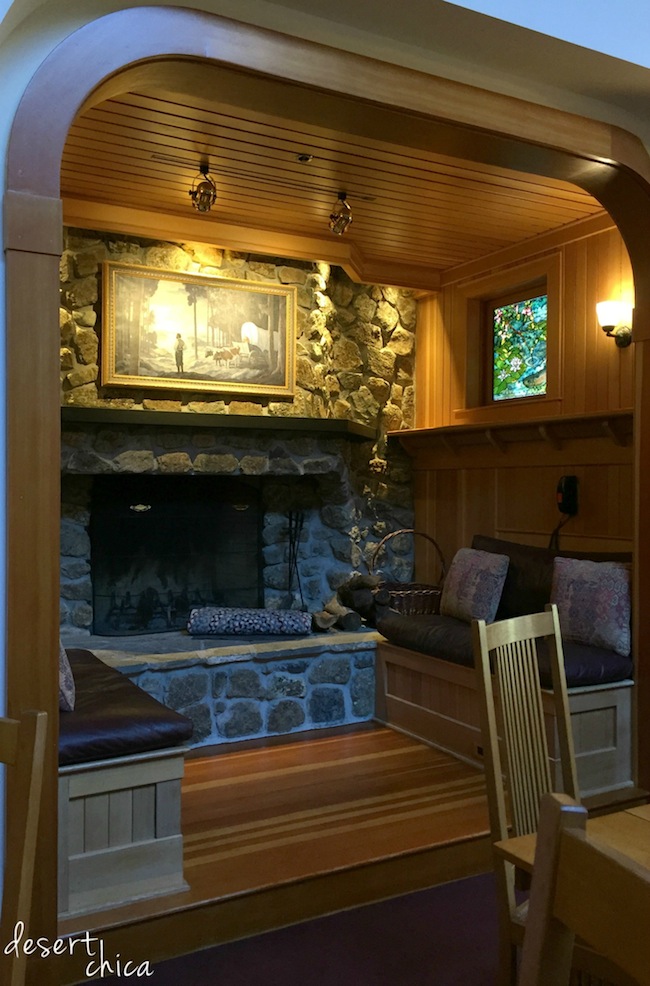 Originally there was a wood mill on site that made all the amazing woodwork throughout the ranch,  like the spiral staircase in the library. This is an example of more of the word work in the building that houses the Skywalker Ranch General store.

Of course I did some shopping. 🙂 The tiny Skywalker Ranch general store sells exclusive merchandise from the ranch, including jackets, shirts, mugs and firefighter patches! Skywalker Ranch has it’s own fire department which also helps around Marin County as well.

There are official Skywalker Ranch bicycles are available for employees to get around the campus.

Check out this cute little guy from Return to Oz, just hanging out in this atrium. There were lots of original movie posters throughout the halls as well.

Down a few hallways were signed movie posters representing movies that were made at Skywalker Sound.

Of course the Disney ones caught my eye. 🙂

The sign at Skywalker Sound says “Skywalker” in Italian. We didn’t get to tour it but the ranch does offer rooms for anyone that will be working on longer projects there. The Skywalker Inn features 32 suites all uniquely themed based on someone who inspired George. Sometimes talent or directors will bring their families to stay as well since the property is very private and free of paparazzi.

“Strange Magic,” a new animated film from Lucasfilm Ltd., is a madcap fairy tale musical inspired by “A Midsummer
Night’s Dream.” Popular songs from the past six decades help tell the tale of a colorful cast of goblins, elves, fairies
and imps, and their hilarious misadventures sparked by the battle over a powerful potion.

Don’t forget to come back and read my review of the movie next Friday as well!

I attended press events with Disney to promote #StrangeMagicEvent and #PixarInsideOut. I’was provided with an expenses paid trip to San Francisco in exchange for my coverage about the events.  No other compensation is given. As always, opinions and experiences are my own.