Spring break season is quickly approaching and I bet some lucky families have plans to visit the Disneyland Resort. With changes always being announced at the resort, I have a few suggestions on what to on your visit. Check out these 9 things to do at Disneyland during Spring Break this year.

If your spring break is before April 3rd, head over to Super Hero HQ at Disneyland to meet Thor and Spider-Man. While you’re there check out the Hall of Armor featuring the evolution of Iron’s Mans suits of armor! The last day to visit Super Hero HQ is April 2nd. Then Spidey swings over to Disney’s California Adventure to join another superhero buddy. Starting April 3rd you can meet Captain America and Spider-Man in Hollywood Land. Remember Captain America: Civil War opens in theaters in May!

A new ride at the Disneyland Resort is always cause for excitement. Luigi’s Rollickin’ Roadsters debuted in Carsland just last week! It replaces the old Luigi’s Flying Tires that closed last year. I hope to check out the ride soon, it looks fun!

Cars Land guests will be able to ride along with Luigi’s cousins as they move and spin to upbeat Italian music, performing the traditional dances of their hometown village.

A new World of Color Dessert Party is debuting at Disney California Adventure on March 17th. No waiting or standing required plus yummy desserts are included. I am sold!! I can’t wait to watch World of Color this way.

Meet Nick Wilde and Judy Hopps from Disney’s latest smash hit Zootopia in Hollywood Land at Disney’s California adventure. No exact date is listed yet but they are estimating it will happen sometime in the next month! I’d love if Flash showed up with them! 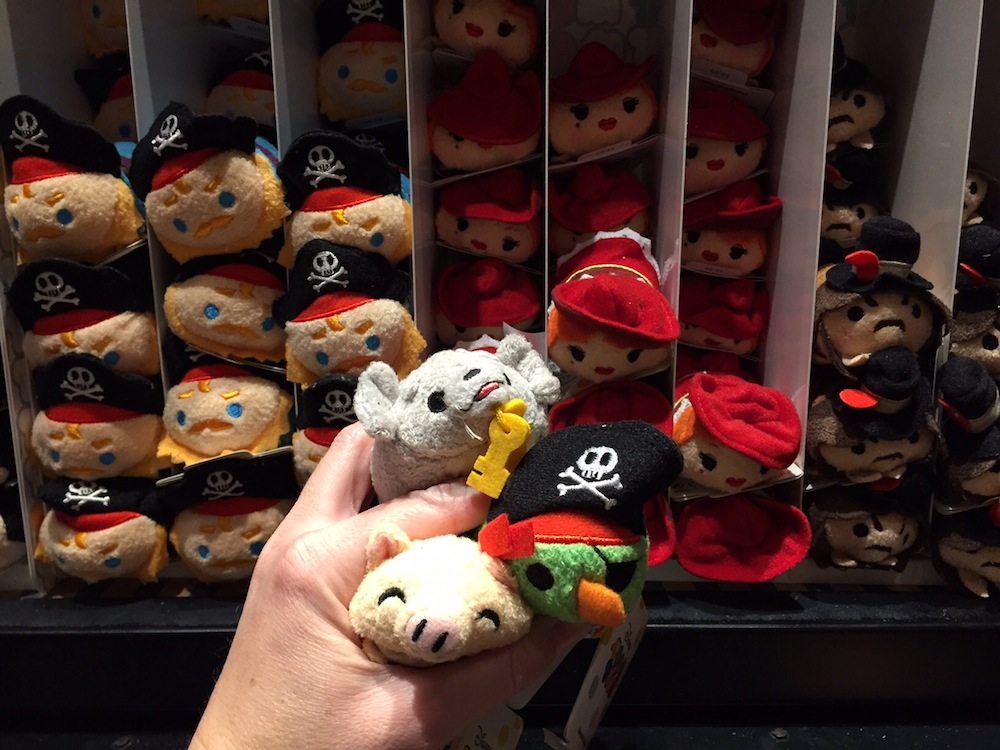 Disney Tsum Tsums are now available at the following locations within the Disneyland Resort: World of Disney in Downtown Disney, Tees, Hats and Tattoos in Paradise Pier at Disney California Adventure and the Gag Factory in Mickey’s Toontown at Disneyland. These locations will not only sell “regular” Tsum Tsum but also sell Disney Parks exclusive Tsum Tsum. We bought a few of the new exclusive Pirates of the Caribbean Tsum Tsum last month while at Walt Disney World.

I’ve always wanted to do this fun interactive Easter egg hunt at Disneyland. This year the Egg-stravaganza runs March 2-27. Search for special hidden Disney themed “eggs” throughout the Disneyland Resort and record your discoveries on the Egg-stravaganza map. A special prize is available once you turn you map back in! How fun i that?

Disney’s all new live-action Jungle Book opens in theaters on April 15th but you can catch a sneak peek with special in-theater effects at the Bug’s Life Theater starting March 18th.

Don’t worry if you can’t make it to the Disneyland Resort until this summer. The Disneyland Resort always has fun new things up its sleeve. In fact, they’ve already announced that the new stage musical ‘Frozen – Live at the Hyperion’ opens May 27, 2016, at Disney California Adventure Park. Plus with Finding Dory swimming into theaters this summer, Dory and her new friends will be joining Crush at Turtle Talk with Crush this summer!

Save on Disneyland Tickets & Packages

I am proud to partner with Get Away Today to offer you discounts on Disneyland vacations. My family has booked Disney vacations through Get Away Today since I was a kid, so I know it’s a well-established travel agency. They offer great deals on discount Disneyland tickets. Plus you can save $10 off your next 2-night or longer Southern California vacation package when you use my special promo code DCHICA.

If your trip is a little further out you can use their layaway program and save towards your next Disney trip all year long. Don’t forget to use my exclusive Get Away Today coupon code DCHICA. Book online or call Get Away Today at 1-855-GET-AWAY.