Disclosure: Disney provided me with an expense paid trip to Los Angeles in exchange for my review of the events of the trip. No other compensation is given. As always, all opinions and experiences are my own. All images courtesy of Disney. #StarWarsRebels 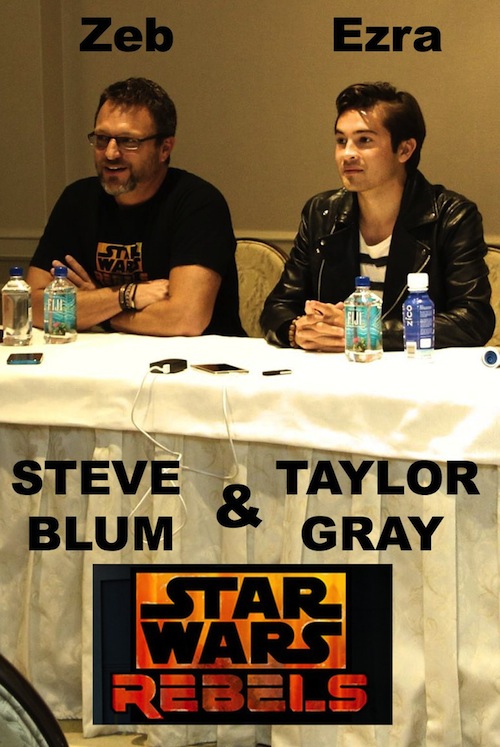 I hope everyone has started watching Star Wars Rebels. My boys can’t wait for each new episode on Monday nights! During my Disney press trip, I had the opportunity to screen the show and interview the cast. Today I am sharing a few tidbits from our conversation with Taylor Gray (Ezra) and Steve Blum (Zeb).

Star Wars Rebels, set five years before the events of Star Wars: Episode IV A New Hope, tells the story of the Rebellion’s beginnings while the Empire spreads tyranny through the galaxy. The adventures focus on Ezra, a street-smart teenage boy who has joined a small band of rebels that  engage in daring missions of sabotage and resistance against the Empire. Members of this rag-tag group of rebels include Kanan, a cowboy Jedi; Hera, an ace Twi’lek pilot; Sabine, a Mandalorian street artist who happens to be an explosives expert; Zeb, an agile fighter and the “muscle” of the group; and Chopper, the grumpy but good-hearted droid. Together this motley but clever crew of the starship Ghost face threatening villains, embark on thrilling adventures and become heroes with the power to ignite a rebellion. 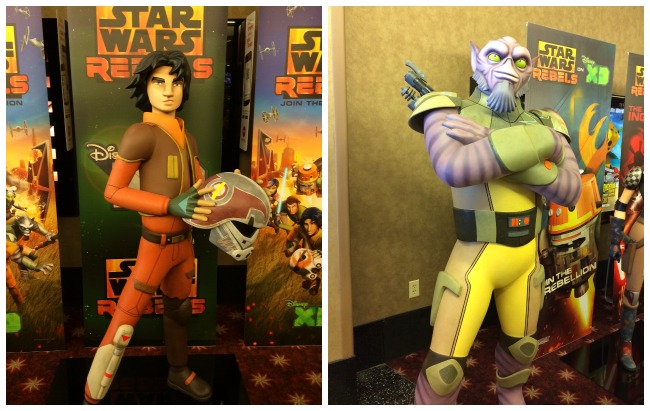 I think it’s awesome.  I had no clue that there, we went out to, the first little taste of it we got was they sent us this thing called Star Wars Weekends in Florida.  And I had no idea what to expect.  I was like oh, it will be fun to like hang out with a couple people who like Star Wars and go on some rides.  There were like 60 thousand people who all had Star Wars shirts or full on, costumes,  wardrobe, outfits, everything and, and light sabers.  And just seeing that, I realized oh, wow, we’re in something much bigger than I thought. And it’s, it’s been so much fun and they’re saying there’s so much more to look forward to, and I can’t wait.

Yeah, I, I’ve been doing the convention circuit for the last 10 years for my other work for my other work and going to that weekend in particular seemed, you know, there was 20, 30 thousand people on the parade route, and they put us in convertibles and we’re waited on.  It’s great, and I’m thinking the show hasn’t come out.  Nobody’s gonna know who we are, and they’re chanting our names, you know.  It’s my name.  This guy had researched and knew everything that we did and people were bringing stuff up to me from my whole career.  It was, in was amazing, and seeing the families, too.

There was this one family where there was a grandma in a wheelchair in her 90’s, and the way down to like a 2-year-old, and there are like 50 of them and they’re all together cheering for us as we’re coming out of the parade route, and they’re in first position right there, and they’re everywhere in the park.There’s all the signs and, and they had us take a family photo.

They all had code names.  They were, there was Red Leader [LAUGHING].  They, they knew what they were doing.  Yeah, and, ah, it’s so fun.

Yes.  It’s been awesome.  It’s a whole different level of fandom too, and so show-specific.  It’s just amazing to me that after all these years, that the fandom is stronger now than it’s ever been.  It’s incredible.

I was doing something else that day, I think and I remember being really late too, I was like an hour, and not normally would we show up late to anything and I was running an hour late and I remember calling my agent, I’m like I’m late.  I’m gonna make a fool of myself.  I was sweaty.  I was working on something else.  I had a hat on, and I was like I’m just not gonna go into this.  I don’t even know what it is.  And he’s like just walk in.  I think they’re still there.  And I remember walking in like this, so ridiculous.  Like I can’t believe I’m late.  I feel so bad. And then yeah, it worked out.  And now I’m so glad that I did… this has been awesome.

I was drawn when I was a kid when I first saw it.  I was seventeen.  I was fresh out of high school, and I went to the premiere in 1977, and I was one of those kids in the theatre whose head snapped back when the imperial star destroyer comes across the screen and the whole theatre rumbled.  So, I get to relive this on a cellular level.  It, it activates all of those memories from that time and when I was graduating high school, I was one of those apathetic youth and I didn’t go to my own graduation.

And, to get to go and see something like that that was brand new.  It was stuff that we hadn’t seen before.  It, it woke up something in me and kind of gave me a new hope. But to get to work on something like that now where it’s, we’re bringing this to a whole new generation.  It’s really exciting for me, and I’m a dad.  And so I like working on quality programming that’s safe for kids and it’s really got a great underlying message. 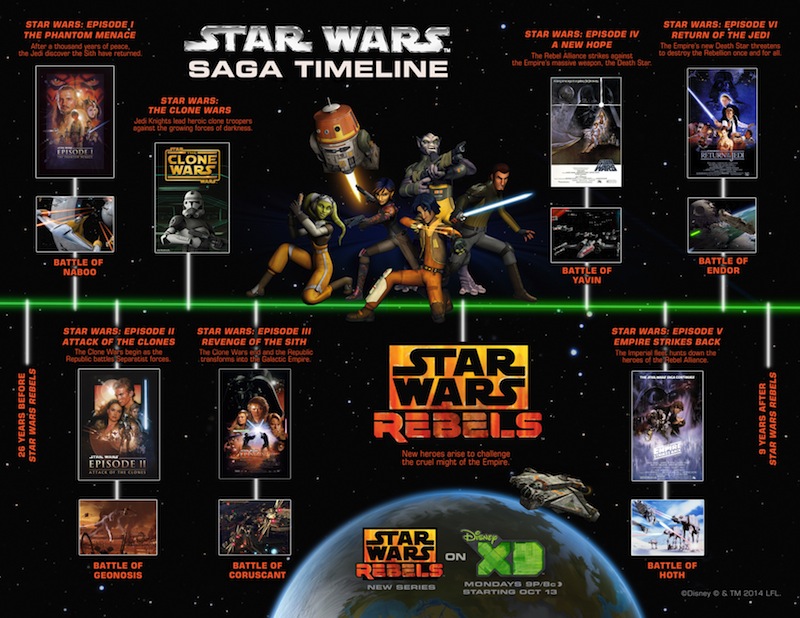