Today is the start of National Fire Prevention Week (October 5 – 11, 2014) and as part of my Disney press trip, we visited the Van Nuys Air Tanker Base to learn more about it and get a sneak peek at the aircraft that inspired the characters from Planes: Fire and Rescue.

“The one thing everybody has said to me is that yeah, that movie was technically correct.  Anybody in the fire service who knows from the political overtones of it to the vernacular they used during the flying or rescues or hoists, whatever it was they did, they took all those changes that we put down and gave them and did not embellish on it.  Put it exactly like it was.”

The characters from Planes: Fire and Rescue were based on actual aircraft used by firefighters. As soon as we walked on to the lot, you noticed Lil’ Dipper or the Super Scooper planes that Dipper’s character is based on.  These planes are actually from Quebec and are contracted along with their pilots to help Los Angeles County starting in September every year.  Naturally these planes are extremely large but was interesting is that the scoop they use to suck up water is quite small!

They also had two helicopters on site that inspired Blade Ranger and Windlifter. All the aircraft were super impressive to see in real life. Windlifter is based on an Erickson Air-Crane which is crazy huge, I couldn’t believe how big the helicopter really is.

Seeing the actual planes and helicopters from Planes: Fire and Rescue was definitely fun. The other part of our visit was a little more serious, the firefighters shared fire safety tips with us.

We were given this Emergency Survival Guide with lots of great information. I recommend downloading it or using it set up for your family emergency plan. There are checklists, forms and steps to follow to ensure your family is prepared in the event of an emergency.  In the event of a fire, the most important thing to have is an escape plan and make sure everyone in your family knows it!

Firefighter Martinez went over a few fire extinguisher safety tips before letting us practice putting out a “TINY” fire.

And here’s a video of a few of us putting out a fire!

They also recommended that everyone get involved with CERT, or Community Emergency Response Team. It’s a FEMA based program that educations people on how to prepare for disasters and help their own community in a disaster if professional responders aren’t available.

Fire Prevention Week would also be a great week for a little Disney Planes costume fun! Quite a few people made Dusty costumes last year and sent me pictures. Has anyone made Blade Ranger or Dipper costumes this year? If your less ambitious (and I don’t blame you!), check out these fun Fire and Rescue Printable Activities! 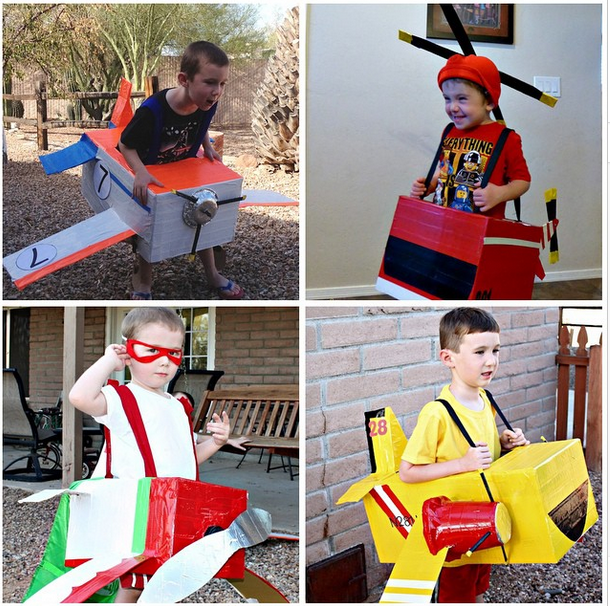 Do you have a Family Emergency Plan in place?

Disclosure: Disney provided me with an expense paid trip to Los Angeles for the #VeryBadDayEvent and #DisneyInHomeEvent in exchange for my review of the events of the trip.  No other compensation is given. As always, all opinions and experiences are my own.