I decided to detail out my DIY Han Solo Belt and Gun Holster for anyone that wants to make their own. Don’t miss my other post detailing out the rest of the Han Solo Costume.

I started off using this tutorial and modified it to simplify the design and keep the belt lightweight since I was running in it. It was also very inexpensive. The only thing I had to purchase was the craft foam. 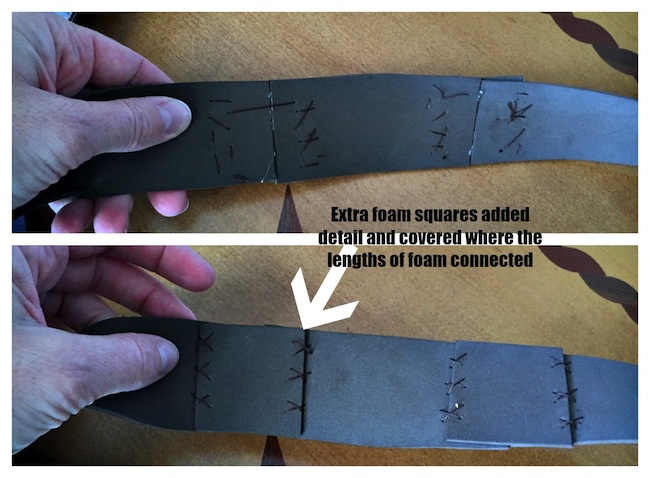 I started by cutting three 1  1/2″ – 2″ strips from a sheet of foam. I needed a little more than 2 strips to create the main part of the belt. Han wears his belt low slung on his hips, so keep that in mind when you’re making the belt. I connected the strips together using hot glue along the edges and then sewed brown foam squares over each connection. This hid the glue, made the connection more secure and also created a more rugged look.

It took a few attempts to get the right shape and size for the belt buckle. I started by tracing the shape and “eyeballing” the design next to the belt. Once I had the right design, I cut it out of a piece of spare craft foam and then covered it with silver duct tape. 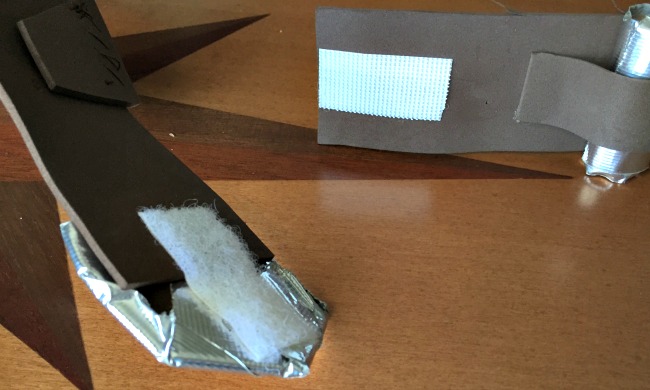 I attached the buckle to the end of one side of the belt using my hot glue gun. To keep the belt lightweight I used velcro instead of snaps or actual buckles on the belt. Hot glue helped adhere the velcro to the belt. Once the belt was on, the velcro wasn’t visible. 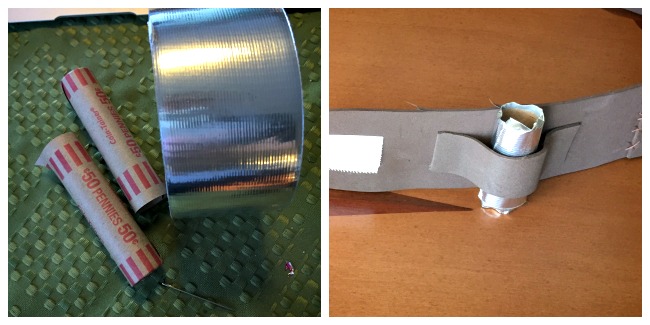 In the interest of minimizing weight, I made my own cardboard gun. You could get more accurate with this but I just found a simple gun profile online and used it to cut a gun shape out of a soda box (extra thin cardboard ;-)).  Then I covered it with brown foam, and silver and black duct tape. I used leftover brown foam to create the holster. Be sure to trace the holster on paper first to make sure it’s big enough for your own “gun.” I used a rough stitch to finish off the holster and attach it to my belt. 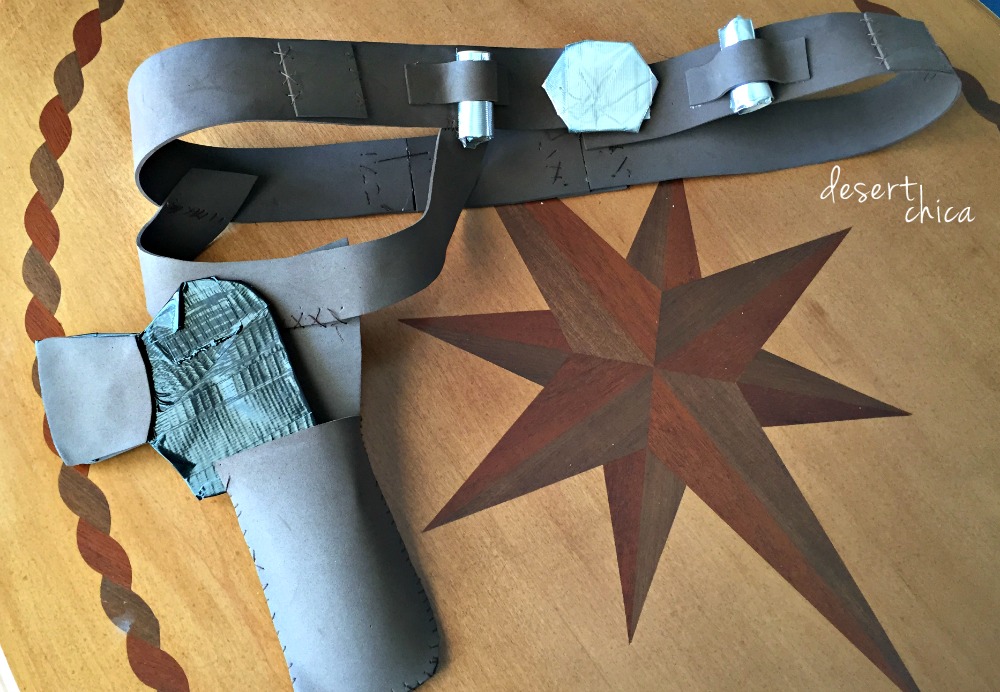 There you have it, a fairly easy, and lightweight Han Solo belt and gun holster. It’s perfect for a Star Wars costume or a Run Disney Event!

Don’t mis the rest of my Han Solo costume details! 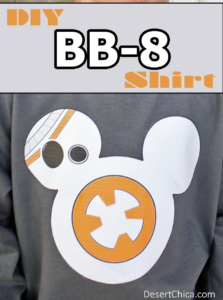 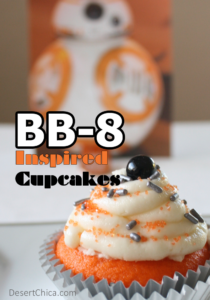