One of the coolest announcements from Force Friday earlier this month was a new character reveal, a new droid that looks a little bit like everyone’s favorite buddy from The Force Awakens, BB-8. Only this droid is from the dark side and his name is BB-9E. He is almost as cute as BB-8, so I decided to make a few BB-9E crafts starting with a BB-9E Pumpkin.

I made my BB-8 pumpkin using real white pumpkins, I found at our local pumpkin patch.  This time around I decided to use fake pumpkins so we could decorate with our BB-9E pumpkin next year too! My local dollar store has small craft pumpkins for $1 and I improvised using a plastic trick or treat pail for my large pumpkin, also only a $1.

How to make a DIY BB-9E Pumpkin 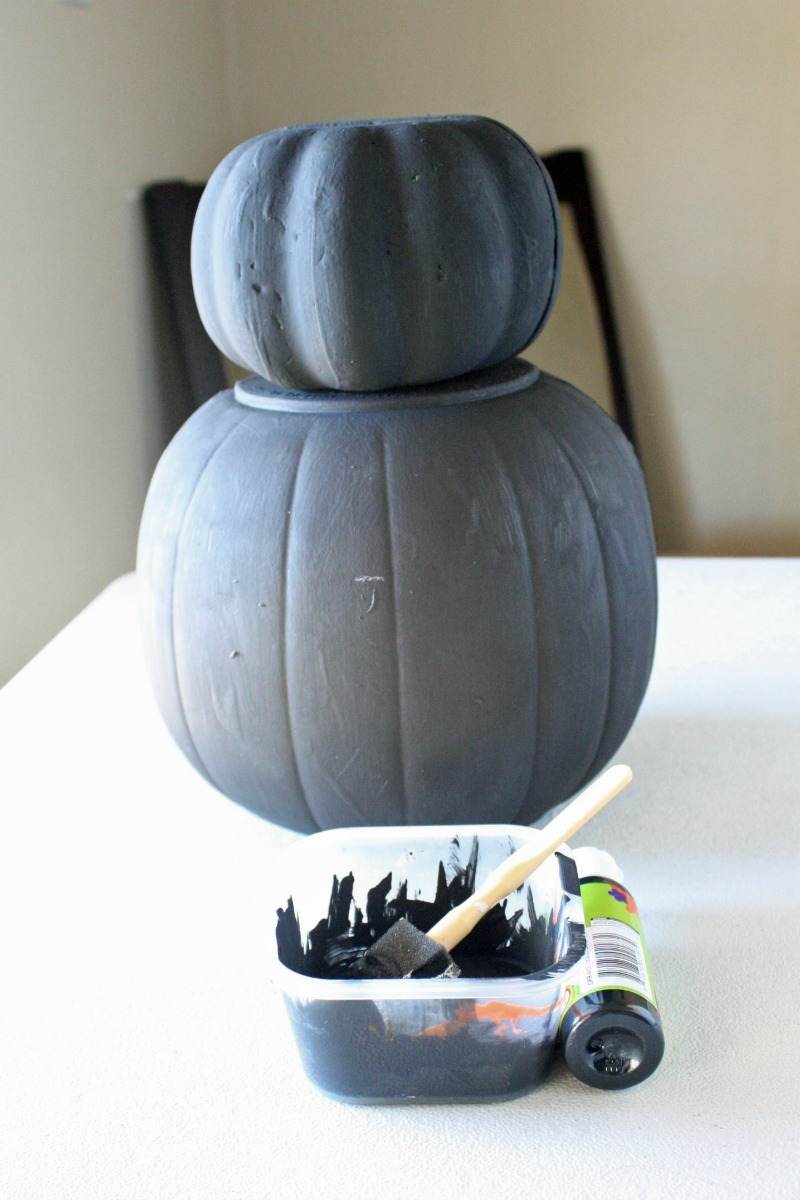 Whether you use real or fake pumpkins, you will need to start by painting them black. I used a black acrylic craft paint. 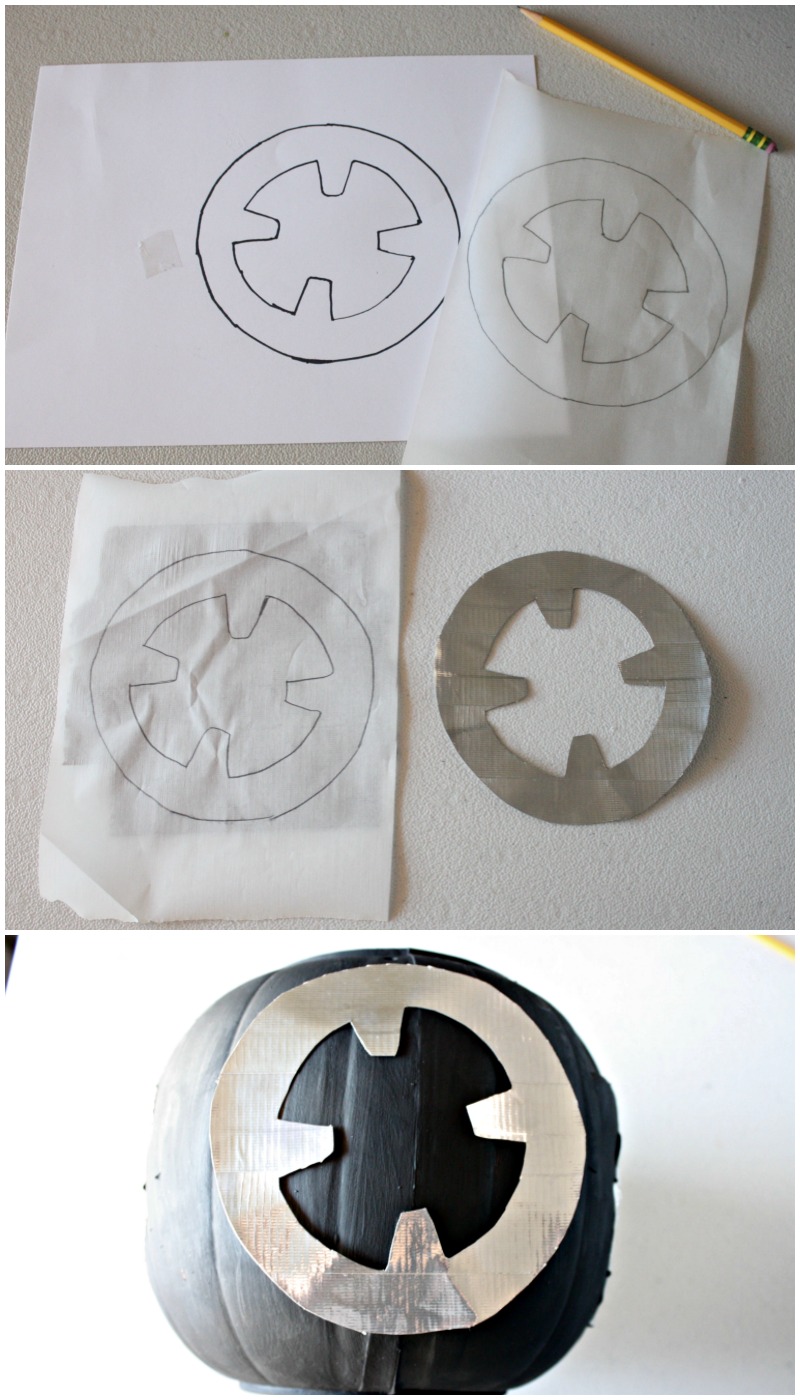 It’s no secret I love working with duct tape. Duct tape is an easy way to create designs without too much of a mess. In order cut the BB-9E designs out of silver duct tape, I created a simple BB-9E template that I traced onto parchment paper. Parchment paper is the key to easily cutting duct tape with scissors.

After you’ve applied the silver duct tape design to each side of the pumpkin, draw even silver lines to mimic BB-9E’s design. 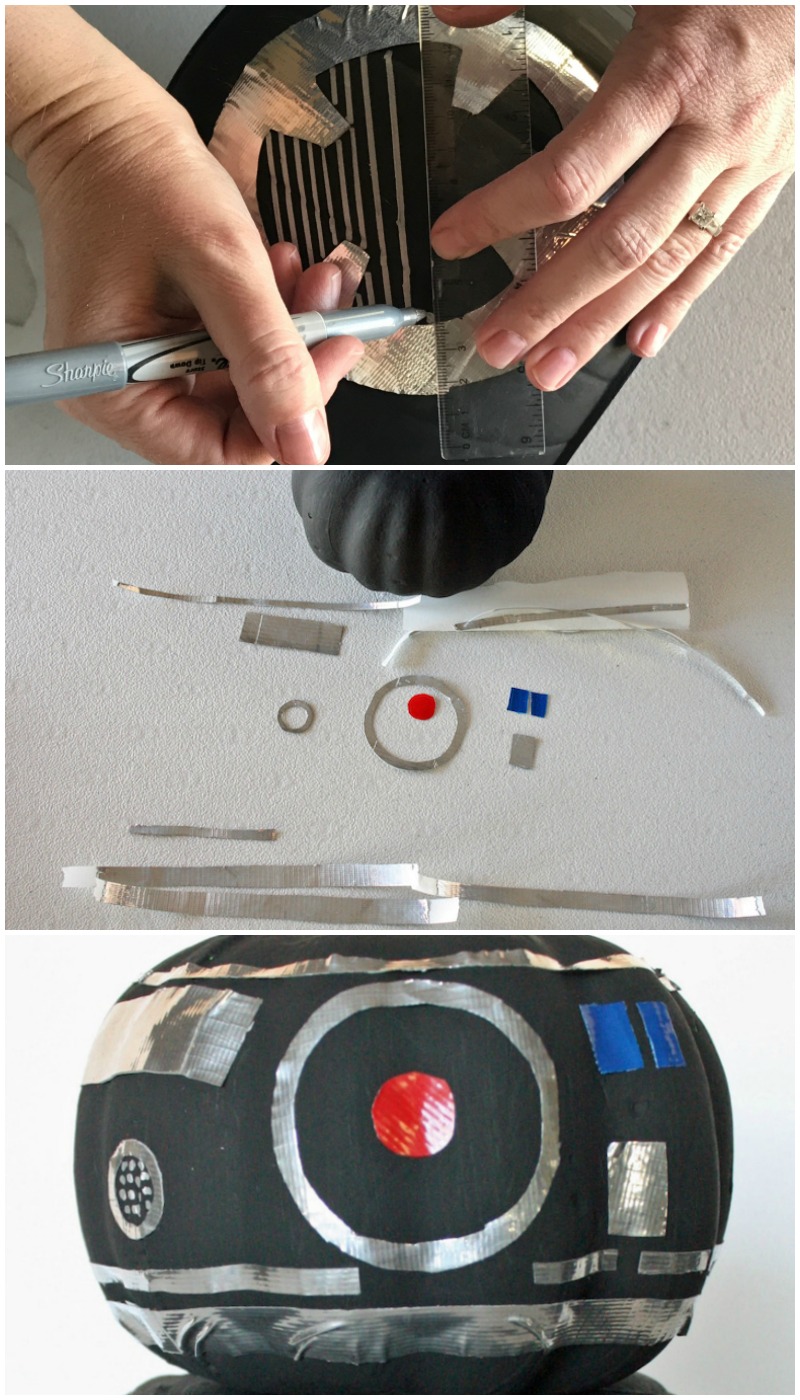 Refer back to images of BB-9E online to add the details of BB-9E’s head. The shapes are pretty simple, so no template is necessary. Remember to use parchment paper when cutting duct tape.

The very last step is attaching the BB-9E head to the BB-9E body. I opted for duct tape but hot glue could work as well. That’s it. Now admire your adorable, although likely evil Star Wars pumpkin.

You can see the real BB-9E in action when Star Wars: The Last Jedi opens in theaters on December 15.