I know it’s only August but many of you are big Halloween fans and have started planning Halloween costumes early like me! We’ve already picked Super Heroes for this year’s family Halloween costume theme. That doesn’t stop me from researching DIY and homemade Disney costumes for next year though. 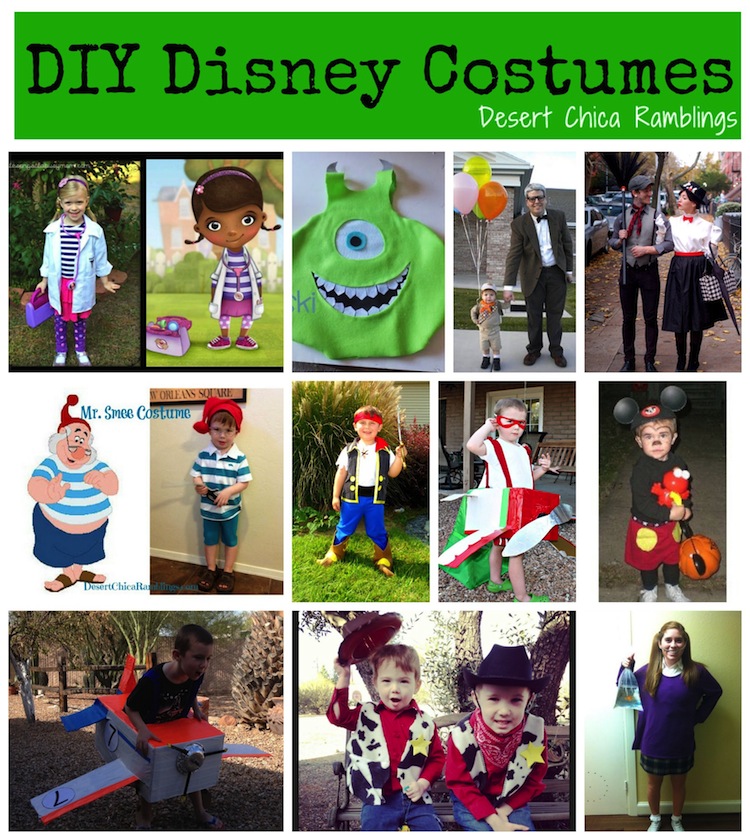 I am hoping we can return to a Disney theme for next year because we had a blast with our Neverland family last year at Mickey’s Halloween Party! Need a little Disney costume inspiration? I’m sharing a few fun DIY Disney costumes ideas below!

And even more Disney costume ideas:

Which Disney character would you love to dress up as?